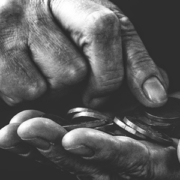 On December 20, 2019, President Trump signed into law the Appropriations Act of 2020, which included a number of tax law changes, including retroactively extending certain tax provisions that expired after 2017 or were about to expire, a number of retirement and IRA plan modifications, and other changes that will impact a large portion of U.S. taxpayers as a whole. This article is one of a series of articles dealing with those changes and how they may affect you.