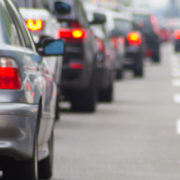 Commuting to work is often a hassle. With rush-hour traffic, delayed trains or long walks to the office, it’s no surprise that many workers are already exhausted before starting their shift.

Although traveling to your workplace is an inevitable part of a typical workday routine, you don’t have to spend your morning cursing out the window or panicking over unforeseen complications. Here’s how to make the most of your commute, no matter how long you spend on it. END_OF_DOCUMENT_TOKEN_TO_BE_REPLACED 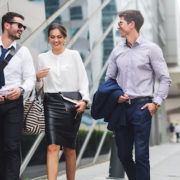 Article Found on The Economist

ACCENTURE, advertorial, jeggings. The competition for ugliest portmanteau is fierce. Few constructions, though, can match “bleisure” for barbarousness. For the uninitiated, the word is a blend of business and leisure. But ugly as it is, it exists for a reason: the practice of adding a few days of pleasure to a work trip is becoming increasingly popular.

The latest research to bear this out was released this week by the Global Business Travel Association. Its survey of North American business travellers found that 37% had extended a work trip to include some leisure within the past year. This, typically, might mean stetching a break in a city into the weekend, possibly shipping in the family to join the fun. Often, such travellers will stay in the same hotel for the duration, making up the extra cost themselves. END_OF_DOCUMENT_TOKEN_TO_BE_REPLACED 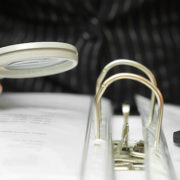 Soccer superstar Cristiano Ronaldo has been accused of failing to pay 14.7 million euros ($16.5 million) in taxes.

The prosecutor’s office in Madrid filed a lawsuit that alleges that the 31-year-old knowingly used offshore accounts to hide income from his image-rights payments. The charges come months after Spanish newspaper El Mundo published leaked documents revealing details of the offshore holdings of several soccer players, including Ronaldo. The tax evasion relates to a three-year period starting in 2011. END_OF_DOCUMENT_TOKEN_TO_BE_REPLACED 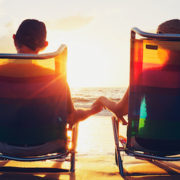 Prioritizing what’s important is challenging in today’s world. The split focus required to maintain a career and a home, not to mention a Facebook feed, can feel overwhelming.

Enter the science of what to prioritize, when.

For over 75 years, Harvard’s Grant and Glueck study has tracked the physical and emotional well-being of two populations: 456 poor men growing up in Boston from 1939 to 2014 (the Grant Study), and 268 male graduates from Harvard’s classes of 1939-1944 (the Glueck study).
END_OF_DOCUMENT_TOKEN_TO_BE_REPLACED 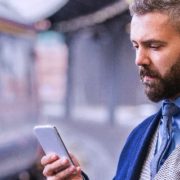 The many men, women and children who spend their days glued to their smartphones and social media accounts might learn something from Lin-Manuel Miranda, creator of the groundbreaking megahit “Hamilton.” Asked in an interview with Delta Sky magazine when and where he finds time to be creative, Mr. Miranda, an avid reader of books and enthusiast for unfettered downtime, replied: “The good idea comes in the moment of rest. It comes in the shower. It comes when you’re doodling or playing trains with your son. ‘Hamilton’ forced me to double down on being awake to the inspirations of just living my life.”

END_OF_DOCUMENT_TOKEN_TO_BE_REPLACED 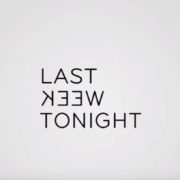 Oliver managed to out-do Oprah with his giveaway.

On Last Week Tonight, John Oliver tackled debt, which is apparently “the reason that Nicholas Cage has made so many great choices over the years.”

According to Oliver, American households collectively own over $12 trillion in debt, $436 billion of which is 90 or more days past overdue. These debts has spawned a billion-dollar industry in debt buying or organizations that purchase the right to collect debts from the original creditors. The largest debt buying corporation is a group called Encore Capital who claim that 1 in 5 consumers either owes them money now or has in the past, or as Oliver puts it, “Statistically that means one member of Evanescence has owed them money.”

END_OF_DOCUMENT_TOKEN_TO_BE_REPLACED 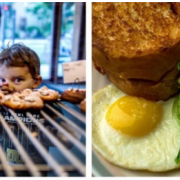 To be a great food city, it helps to have a large body of water nearby, a classic dish or three, and a population with a fondness for drink.

Those are among my impressions after spending more than 60 days on the road this year, visiting more than a dozen destinations, then measuring them against a set of standards — for creativity, community and tradition, among other criteria — to come up with a Top 10 list of America’s Best Food Cities.

Not every trip produced fruit. (Maybe next year, Nashville and Seattle?) And there were plenty of surprises on the journey. I can’t wait to eat in Houston again, but New York let me down, at least for the present.

Let the debate begin! But remember: I didn’t just parachute into these cities, try a few bites and fly home. Before rating my subjects, I ate, drank and shopped in 271 restaurants, bars, food stores and farmers markets.

END_OF_DOCUMENT_TOKEN_TO_BE_REPLACED 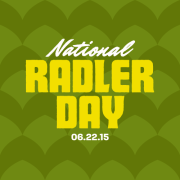 Press Release: One of the longest days of the year, June 22nd, will now be known as National Radler Day, the most refreshing day of the year. Arguably the most thirst quenching and easy drinking beer style around, radlers are the ultimate playful and sessionable drink to kick off the summer.We’re asking breweries around the country to participate in National Radler Day by making a big deal about the Radlers they serve. If you don’t currently have one available, a Radler is simply made with (give or take) 50% Lager and 50% lemon or grapefruit soda. Serve up Radler at your bar/brewery while the summer sun scorches your patrons, ask your fans to use your beer to create their own Radlers at home, and make Radler Day fun for all.

Why June 22? Not only is June 22 one of the first days of summer, it also commemorates the legend of Radler. Radler is German for “cyclist,” and the story goes that in June of 1922 the owner of the Kugleralm pub in Germany was visited by thousands of cyclists on a new bike trail that led directly to his venue. The publican didn’t have enough beer for all the cyclists so he mixed a 50/50 concoction of Lager and Lemon Juice, and Radler was born. The history may be a little shaky, but Radler is here nonetheless and we are all better for it!

END_OF_DOCUMENT_TOKEN_TO_BE_REPLACED 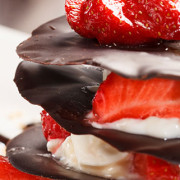 Portland is in the throes of a dessert breakthrough, with cozy cafés reimagining classic cakes, innovative pastry chefs whipping up sweet fever dreams, and local kitchens buzzing with chocolates and ice cream. Grab a spoon and get decadent. It’s February, after all—we deserve it.

THE NEXT GENERATION OF PORTLAND DESSERT CLASSICS
Portland’s pastry chefs push the boundaries of sweetness—with help from surprising savory ingredients.

END_OF_DOCUMENT_TOKEN_TO_BE_REPLACED 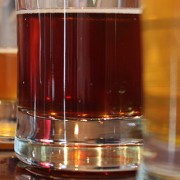 Agrarian Ales out of Eugene, Oregon, is offering public shares in the farmhouse brewery under a new state law in order to expand. Perhaps Oregon’s most truly “farmhouse” brewery, Agrarian grows 100% of its own hops 98% of the ingredients used on the menu at the tasting room and in the brewery’s beers, from herbs and spices to fruits and vegetables. The tasting room is a secret beloved location, only open on a few days a week that Eugenians and other Oregonians in the know travel  to experience the rustic farmhouse setting and wild ales using local hops and spices, play lawn games, stroll the 4-acre outdoor grounds, and listen to live music. Now the two year old company has launched a fundraiser that puts kickstarter capitalists to shame by offering real shares in the company to Oregonians under a new state law, not unlike a company going public on the stock market but limited to only Oregon investors.