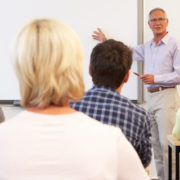 Characterizing a Boomer business as a retirement hobby is as misleading as saying all 20-somethings launch app companies. Still, startups by people over age 50 tend to skew small. Gallup reports that 80 percent are lifestyle businesses meant to supplement retirement income and keep the mind engaged. END_OF_DOCUMENT_TOKEN_TO_BE_REPLACED 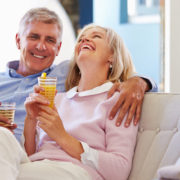 Because most seniors are behind on savings to begin with, carrying debt into retirement will only strain their already limited budget. Yet a growing number of households are kicking off their golden years with piles of debt — in fact, 20% of borrowers actually expect to die in debt. END_OF_DOCUMENT_TOKEN_TO_BE_REPLACED 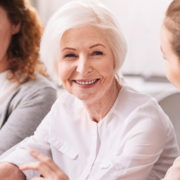 By 2035, the number of Americans 65 and older will climb from about 48 million today to over 79 million. That’s the Baby Boomer impact. There are now 2.8 active workers for each Social Security beneficiary. This number will likely drop to fewer than 2 workers per beneficiary by 2035.

Given the data from the Social Security Administration I reviewed earlier, most Baby Boomers will be down to subsistence living by the time they are 80—living on Social Security and other government benefits with help from any capable children. END_OF_DOCUMENT_TOKEN_TO_BE_REPLACED 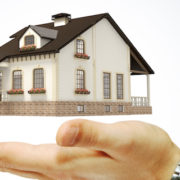 Article by Ilana Polyak | Featured on Journal of Accountancy

Home is where the heart is. And it can also be where the assets are. As of 2011, home equity made up about three-quarters of the average American’s net worth, according to the U.S. Census Bureau. Despite this high figure, the home doesn’t always factor into retirement planning calculations.

For clients with ample assets, home equity is a less pressing issue. In that case, there’s no reason to “concern yourself with the house,” said David Imhoff, CPA/PFS, owner of Cornerstone Wealth Advisors LLC in Overland Park, Kan., because “we look at the house as the asset of last resort.”

But retirees of more modest means may need every possible option, including home equity. “It’s really surprising that more people don’t pay attention to it,” said Geoff Sanzenbacher, Ph.D., research economist at the Center for Retirement Research at Boston College. “The house can be a potential source of wealth.” END_OF_DOCUMENT_TOKEN_TO_BE_REPLACED 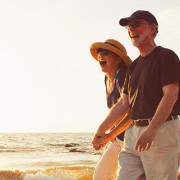 The Federal Reserve estimates that nearly a third of workers have no pensions and no retirement savings.

Going from young and broke to retired and comfortable is a long, tough road.

President Obama first outlined this program in his State of the Union address last year.

Since then, his administration has been working with a few dozen employers to test what works.

Now, the myRA program is being rolled out nationwide. The accounts are designed to help people who lack access to a retirement savings plan at work, and can afford to set aside only small amounts of money.

The goal is “getting people into a cycle of saving,” Treasury Secretary Jacob Lew told reporters on a conference call.

“MyRA has no fees, no risk of losing money SB Game Hacker Download and no minimum balance or contribution requirements,” he said.

Traditionally, Americans could save without the help of their employers by using a tax-deferred individual retirement account, or IRA. But Lew said many workers are intimidated by IRAs, fearing such accounts would be too complicated or risky or loaded with fees.

END_OF_DOCUMENT_TOKEN_TO_BE_REPLACED 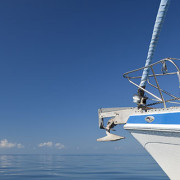 Many of us imagine a future in retirement when we leave the obligations and stresses of our work life behind; but few of us take the time to create a plan for what we will actually do when we retire and who will share that life with us.

CPA financial planners help clients achieve their financial retirement goals, but there’s more to retirement planning than making sure there’s enough money in the bank. The biggest challenge is ensuring there’s financial stability along with investing in developing a meaningful social network that will create a fulfilling retirement.

Here are some things you can share with your clients so they can create a well-rounded plan.

1. For those of us who are savers, the good news is that data from a nationwide Health and Retirement Study states that financial wealth does make us happier, and the effect is generally linear—higher wealth groups are significantly happier, but there’s a limit. At about $3.5 million of savings, retirees actually become less satisfied. This may be because they have more money than they could ever spend in retirement, and essentially feel burdened with the additional stress of managing it.

END_OF_DOCUMENT_TOKEN_TO_BE_REPLACED 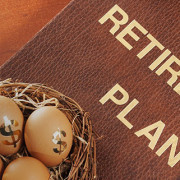 Retirement planning can be extremely difficult as individuals are tasked with planning for an uncertain time period. In many ways, retirement planning is like trying to shoot a moving target in the wind. Each and every year new legislation, court cases, and market conditions impact retirement planning. 2014 was no different. The retirement planning market saw an influx of new financial products, the sun setting on certain financial products, a changing investment market, and a variety of legal changes. However, there were five changes that occurred in 2014 that everyone planning for retirement needs to know about: 1) decreased creditor protection for inherited IRAs; 2) introduction of qualified longevity annuities to 401(k)s; 3) a reduction in the number of IRA to IRA rollovers; 4) increased access to annuities in target date funds; and 5) the creation of the myRA. While all of these topics can be fairly complex, a brief overview of each is warranted in this article.

END_OF_DOCUMENT_TOKEN_TO_BE_REPLACED 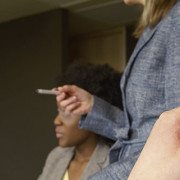 Another Millennial myth may be biting the dust. Apparently, Millennials have better retirement saving habits than Baby Boomers.

Millennials save 8 percent of their paycheck for retirement, according to a recent survey from T. Rowe Price. Baby boomers are just slightly ahead at 9 percent.

The only reason Millennials aren’t saving even more is that they have college debt to pay off and do not earn much money yet, according to Anne Coveney, senior manager of retirement thought leadership at T. Rowe Price. The median personal income of Millennials is just $57,000.

“Their circumstances may be somewhat driving their behaviors,” says Coveney. “When they have the means to do the right thing, it appears that they often do.”

To be fair, the boomers are saving a higher percentage of their salary for retirement than Millennials, but twice as many Millennials have upped their retirement savings in the last 12 months, T. Rowe Price says.