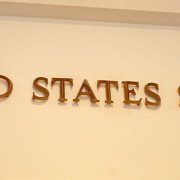 BY RICHARD COWAN AND SUSAN CORNWELL | Featured on Reuters

Congressional negotiators on Tuesday wrapped up a sprawling deal to keep the U.S. government operating through next September, while setting new policies ranging from repealing a 40-year-old ban on oil exports to making many business tax breaks permanent, according to Republican lawmakers.

House of Representatives Speaker Paul Ryan told his rank-and-file Republicans that weeks of negotiations with Democrats had culminated in a deal that would eliminate any possibility of government shutdowns until at least next October, according to lawmakers present.

“That’s my understanding, that there is agreement on both tax extenders and the omnibus” spending bill,” Representative John Kline told reporters upon leaving a closed-door meeting of House Republicans.

Republican lawmakers added that Ryan will put the tax and spending bills to a vote on Thursday, just before they leave town for the rest of the year. The Senate is also expected to vote by week’s end.

END_OF_DOCUMENT_TOKEN_TO_BE_REPLACED 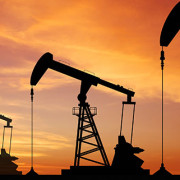 The United States appears on the brink of ending a four-decade ban on most exports of crude oil, which would end a years-long fight brought about by a boom in domestic shale output that contributed to a supply glut and depressed prices.

The measure is part of a sprawling deal wrapped up by congressional leaders late on Tuesday to keep the U.S. government open through September. The $1.15 trillion spending bill, negotiated in secret talks over the last two weeks, would be difficult for President Barack Obama to veto despite his opposition to ending the oil export ban.

In a partial victory to Obama and other Democrats, the spending bill also includes granting tax incentives to boost wind and solar development, according to lawmakers involved in the talks. Shares of solar companies rose sharply.

END_OF_DOCUMENT_TOKEN_TO_BE_REPLACED 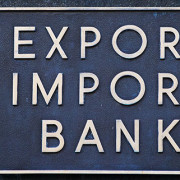 The Export-Import Bank is alive.

Renewal of the 81-year-old institution’s charter was included in a five-year, $305 billion federal transportation measure that passed the Senate late Thursday on an 83-16 vote, only one day ahead of the expiration of the latest short-term funding patch.

President Obama is expected to sign the transportation bill Friday.

Sen. Mark Kirk (R-Ill.), who worked with a bipartisan group of Senate colleagues to pass an Ex-Im reauthorization, applauded the renewal.

“We brought the Export-Import Bank back to life so American manufacturers and workers can compete against our foreign competitors on a level playing field,” Kirk said in a statement.

“We should ship goods, not jobs, overseas,” he added.