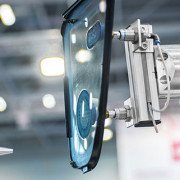 PARIS – In 1983, the American economist and Nobel laureate Wassily Leontief made what was then a startling prediction. Machines, he said, are likely to replace human labor much in the same way that the tractor replaced the horse. Today, with some 200 million people worldwide out of work – 30 million more than in 2008 – Leontief’s words no longer seem as outlandish as they once did. Indeed, there can be little doubt that technology is in the process of completely transforming the global labor market.

To be sure, predictions like Leontief’s leave many economists skeptical, and for good reason. Historically, increases in productivity have rarely destroyed jobs. Each time that machines yielded gains in efficiency (including when tractors took over from horses), old jobs disappeared, but new jobs were created. Furthermore, economists are number crunchers, and recent data show a slowdown – rather than an acceleration – in productivity gains. When it comes to the actual number of jobs available, there are reasons to question the doomsayers’ dire predictions. Yet there are also reasons to think that the nature of work is changing.

To begin with, as noted by the MIT economist David Autor, advances in the automation of labor transform some jobs more than others. Workers carrying out routine tasks like data processing are increasingly likely to be replaced by machines; but those pursuing more creative endeavors are more likely to experience increases in productivity. Meanwhile, workers providing in-person services might not see their jobs change much at all. In other words, robots might put an accountant out of work, boost a surgeon’s productivity, and leave a hairdresser’s job unaltered.

The resulting upheavals in the structure of the workforce can be at least as important as the actual number of jobs that are affected. Economists call the most likely outcome of this phenomenon “the polarization of employment.” Automation creates service jobs at the bottom end of the wage scale and raises the quantity and profitability of jobs at its top end. But the middle of the labor market becomes hollowed out.

END_OF_DOCUMENT_TOKEN_TO_BE_REPLACED 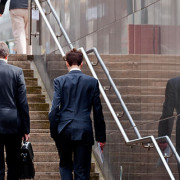 American companies kicked off the summer with modest growth in hiring, sending nonfarm payrolls up 223,000 in June, according to Labor Department numbers released Thursday.

In addition to the payroll growth, the unemployment rate ticked lower to 5.3 percent from 5.5 percent, due largely to a sharp decline in labor force participation, which fell from 62.9 percent to 62.6 percent, its lowest level since October 1977. A broader measure that includes those who have stopped looking for work or working parttime for economic reasons slipped as well, from 10.8 percent to 10.5 percent.

Economists polled by Reuters had expected the number of new jobs to total 230,000 in June, with the unemployment rate at 5.4 percent.

“People had expected a stronger report after the very strong report in May. Instead what we’re seeing is still just grinding higher,” said Kate Warne, investment strategist at Edward Jones. “It’s strong enough to support stock prices, it’s strong enough for the Fed to say they’re considering raising interest rates in the fall, and that’s where we stay.”
winrar crack
The biggest job gains came in professional and business services (64,000), Health care (40,000) and retail (33,000). Bars and restaurants also added 30,000 new positions. Mining lost 4,000 jobs, bringing the total decline in the industry to 70,000 since the most recent peak in December.

END_OF_DOCUMENT_TOKEN_TO_BE_REPLACED 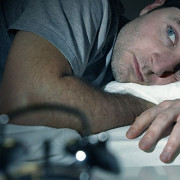 Running a business was exciting at first. I felt the freedom of controlling my own destiny while working with my closest friends, daydreaming about the next big breakthrough and planning for the day that financial freedom would finally arrive.

Unfortunately, I wasn’t prepared for the constant state of struggle and hardship that lay ahead. And as I look back on those years, I wonder if they would have been easier had I known then the four smart things I know now.

1. Perseverance and dedication will get you through the down times.

While slogging your way through the trenches of the typical small business, you’ll sometimes feel that it’s time to throw in the towel. But perseverance and dedication will get you through those dark times. When you’re in those trenches, do what you have to, to keep your business running during the day, and spend your nights working to making it better.

The components and changes of Ddrastic pc are exceptional and are not accessible in some other emulator. A standout amongst the most intriguing components of the application is that with this one can extemporize on the designs of the diversion considerably more than what they are really; the element is extremely useful for the cell phones that are quick.

A few short weeks after joining Infusionsoft, my excitement morphed into a steady stream of negative emotions: struggle, disappointment and the fear of business failure. For three years, I never felt that things were going to be fine. Checks that came in were already allocated to expenses, which meant there was little or nothing to take home. The disappointment on the faces of the ones I loved and the feeling of not being able to provide for them better was demoralizing.

END_OF_DOCUMENT_TOKEN_TO_BE_REPLACED 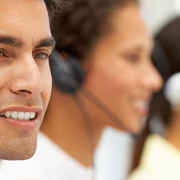 After receiving our Established Entrepreneur of 2014 award, Gravity Payments founder Dan Price has just announced yet another game-changing proposition.

Over the next three years, the 30-year-old plans to raise the minimum salary for every employee at his credit card processing company to $70,000, he told The New York Times.

The concept dawned on Price, he said, while reading a study about happiness, which ultimately concluded that money makes a major difference in the lives of employees who make less than $70,000.

To pay for raises among his 120-person team, Price is cutting his own $1 million salary to $70,000, and also allocating 75 to 80 percent of the company’s expected profits this year of $2.2 million to forthcoming wage increases.

END_OF_DOCUMENT_TOKEN_TO_BE_REPLACED 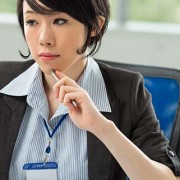 A survey this past week from Wasp Barcode–a client of mine who makes asset management systems (I am not being compensated to write this.)–caught my attention. Among other things, its biggest reveal was that 88 percent of the small business owners they surveyed reported being happy with their outside accountants.

88 percent! What is this madness? That’s almost nine of 10 business owners. Are 88 percent of your customers happy with you? I’m pretty sure that 88 percent of my company’s 600-plus clients are probably not “happy” with us. I’m happy if at least half of our clients aren’t firing us! (Hey–we’re in the technology business… need I say more?).

How is it that such an overwhelming number of business owners are happy with their accountants? I’m a Certified Public Accountant. I know these people. CPAs are smart people. But they’re not exactly the life of the party. They’re not the most technology-oriented people either. (See my rant about this here.) They can be ornery, especially during tax season. Some of them can be hard to reach. None of them run call centers or help lines. They usually don’t have “mission statements.” Few I know advertise or take part in big marketing promotions. Yet you never hear about CPAs when people talk about customer service. They’re not bitterly hated like Comcast or Goldman Sachs, but then again they’re not fawningly admired like Apple or Walt Disney either. And yet, 88 percent of the business owners surveyed were “happy” with them. Is this a mistake?

END_OF_DOCUMENT_TOKEN_TO_BE_REPLACED 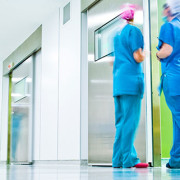 Fourteen of 23 top hospitals contacted by Reuters said they have rolled out a pilot program of Apple’s HealthKit service – which acts as a repository for patient-generated health information like blood pressure, weight or heart rate – or are in talks to do so.
hr
END_OF_DOCUMENT_TOKEN_TO_BE_REPLACED 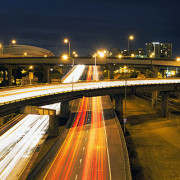 In today’s hyperconnected world, your product is only as good as the service you back it with. It’s easy for small companies to think of customer service as just a checkbox item, but to be competitive and offer a seamless experience as you grow, you need to look ahead.

Planning how to evolve your customer service in advance is becoming as critical to your business as setting your product roadmap. We talk to a lot of fast-­growing companies about how to future-­proof their customer support. Here are six reasons you need to build a service roadmap so you can be sure to offer amazing service, no matter how fast you grow.

END_OF_DOCUMENT_TOKEN_TO_BE_REPLACED 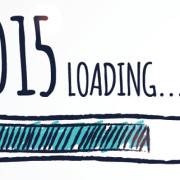 A new year brings with it all sorts of opportunities to think about how we can improve ourselves, not just in our personal lives, but also professionally. It’s a great time to take a few moments to ponder what we did well in the previous year and think about what we can do better in the new one. Are there new tools to try or existing ones that could use a little polishing? Are we operating at our fullest potential? What can we do to make that happen?

In that spirit of contemplating how we can launch into 2015 and make it as prosperous as possible, I offer the following New Year’s business resolutions for salespeople.

END_OF_DOCUMENT_TOKEN_TO_BE_REPLACED 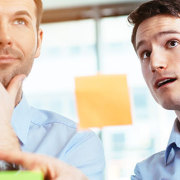 Over the past year, private companies grew sales 8.6 percent and are seeing their highest net profit margin in three years, at 6.6 percent, according to a new report from the financial information company Sageworks.

The report found that private companies are entering the New Year with strong profitability and healthy sales growth. END_OF_DOCUMENT_TOKEN_TO_BE_REPLACED 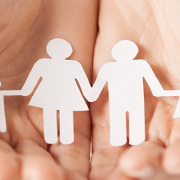 The end of the year is traditionally the time when taxpayers rush to get their last-minute charitable contributions made so they can write off the deductions on their taxes before April 15.

The trends this year appear to be positive for many charities as they saw their donations increase, perhaps to a level not seen since the financial crisis. The question for many charities this year was whether charitable giving would return to pre-recession levels. END_OF_DOCUMENT_TOKEN_TO_BE_REPLACED