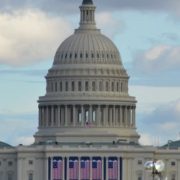 The new year promises to be an challenging one for tax practitioners, as President-elect Trump and Congressional Republicans have promised to enact a significant tax reform package in 2017. However, even if there is no new law, practitioners still will have to cope with a number of tax changes that go into effect for the first time this year or apply for the first time for tax returns filed this year.

This article is a roundup of these tax changes, other than indexing changes and changes created by Congress’s failure (as of now), to enact an extenders package to revive tax provisions that expired at the end of 2016. (You can see an abridged list of the new items here.) END_OF_DOCUMENT_TOKEN_TO_BE_REPLACED